Collaboration to Sustain the Cienega Watershed

The Cienega Watershed Partnership (CWP) was formed to support stewardship initiatives in the Cienega Watershed region of Southeastern Arizona by providing a funding organization that could receive donations and grants and then assist projects and programs for many partners working in the watershed. These initiatives began much earlier by community members and agencies. The history of such efforts and the collaboration and trust that has resulted is a significant part of the watershed history. View our CWP fact sheet.

The Cienega Watershed and Sonoita Valley

The Cienega Watershed is the basin bounded by the Whetstone Mountains to the east, the Santa Rita Mountains to the west, the Canelo Hills to the south, and the Rincon Mountains to the north. The upper elevations of the watershed include forested lands managed by the Coronado National Forest. Lower elevations comprise a high desert basin of oak-studded hills and rolling grasslands given lifeblood by the lush riparian corridor along Cienega Creek. The watershed forms an important wildlife corridor connecting the Sonoran desert regions of the Southwest and northern Mexico. The watershed is predominately federal and state lands with private lands scattered throughout.

The Sonoita Valley, located just 50 miles southeast of Tucson, is the name used by local residents for the rolling grasslands around the communities of Sonoita and Elgin, including the upper watersheds of Cienega Creek, Sonoita Creek, and the Babocomari River. The Valley is a mosaic of federal, state, and private land ownership and has traditionally supported ranching and mining. More recently, the area has seen a surge in growth by people who desire a rural lifestyle. New economic pursuits focused on tourism and wineries have also contributed to local growth.

In the late 1960s, developers purchased the 50,000-acre Empire and Cienega Ranches, alerting Sonoita residents that the open spaces they prized might soon be engulfed by the expanding Tucson metro area. Plans for a proposed “satellite city” fell through, however, and the holdings were purchased by Anamax mining company as a potential water supply for developing a copper mine in the Santa Rita Mountains. Anamax never developed the mine and as the copper market declined, the company put the holdings up for sale in the late 1980s. Concerned about the impacts of development on Tucson’s water supply, potential flooding, and loss of open space, Pima County approached the U.S. Bureau of Land Management (BLM) about acquiring the holdings. In 1988, the BLM acquired 35,000 acres of the former ranch in exchange for scattered federal lands near Tucson and a large parcel in the Phoenix area. The BLM subsequently began developing a management plan for its holdings in the valley. However, opposition to the planning approach combined with conflicts between diverse interests derailed the planning process before it was completed.

Sonoita Valley Planning Partnership – From 1995 into 2015

In 1995, the BLM hosted an open house and subsequent workshop in partnership with other federal, state, and local government officials to begin dialogue on developing a collaborative plan for the upper watershed, including the BLM lands within the former Empire and Cienega Ranches which were now called the Empire-Cienega Resource Conservation Area. A professional facilitator was hired to guide the voluntary ad hoc group, which called itself the Sonoita Valley Planning Partnership (SVPP). After two years, BLM took over facilitating the SVPP, which continued to work to promote community-wide participation in public land management; established a vision, goals, and objectives for the upper Cienega watershed and Sonoita Valley; and assisted BLM in developing a land use plan.

The SVPP actively supported the National Conservation Area (NCA) designation and worked for eight years with BLM on the development of the Las Cienegas Resource Management Plan (RMP). In 2001, the Sonoran Institute, a non-profit group that supports community stewardship efforts, took over facilitation of the SVPP meetings for several years. SVPP stakeholders and participants have included BLM, U.S. Fish and Wildlife Service, U.S. Forest Service, Arizona Game and Fish Department, Appleton-Whittell Audubon Research Ranch, Phoenix Zoo, Sky Island Alliance, Empire Ranch Foundation, The Nature Conservancy, Sonoita Crossroads Community Forum, and a number of individuals with diverse interests. Their mission has been to work together to perpetuate naturally functioning ecosystems while preserving the rural, grassland character of the Sonoita Valley for future generations.

As the umbrella foundation for the SVPP since 2005, the CWP Board of Directors has suspended meetings and activities under this public forum for now. Its legacy, however–Science on the Sonoita Plain Symposium–continues yearly.

The SVPP began work on a land use management plan that met the goals laid out in the vision statement for the area. During this process, the idea emerged of seeking designation of the landscape as a National Conservation Area (NCA). Several SVPP participants representing diverse interests traveled back to Washington, D.C. in support of the legislation.

The management plan did include the ideas of the SVPP and many other stakeholders. The BLM approved the land management plan on July 25, 2003, as the formal guidance for managing these federal lands. Now former SVPP members as well as other interested individuals work with the BLM to implement the plan through projects and dialogues like workshops and the biological planning technical teams (Riparian, Heritage, Upland, and Landscape teams).

The Cienega Corridor: The Missing Link

Like the SVPP, this public forum is currently suspended (2015) but was an important outgrowth of the 2003 Assessment. The Sonoran Institute facilitated the creation in 2003 of the Cienega Corridor Conservation Council (CCCC), an ad hoc multi-stakeholder organization modeled after the SVPP. Under Sonoran Institute’s guidance, the CCCC developed a strategic plan for natural and cultural resources of the Cienega Corridor and initiated a cooperative agreement to address the issues related to mixed land ownership in the Corridor. Subsequently, the CCCC received significant organizational and facilitative support from the Rincon Institute. The CCCC’s mission was “to protect, steward, and enhance the cultural and natural resources of the Cienega Corridor.” Some of the participants in CCCC included Rincon Institute, SNP, BLM, USFS, USFWS, AZGF, Pima County Parks, Colossal Cave Mountain Park (CCMP), and a number of individuals with varied interests.

The Collaborative Process and the Cienega Watershed Partnership

Through the SVPP and CCCC, participants developed shared common goals and a commitment to collaboration. They were vehicles for cooperative action to protect the watershed values of the region and/or facilitate implementation of the Las Cienegas Resource Management Plan goals and objectives and the Cienega Corridor Strategic Plan. Now the Cienega Watershed Partnership carries on the collaborative process.

Participation is open to all interested parties and includes members of the general public, property owners, ranchers, conservationists, recreationists, educators, and federal, state, county, and local agencies and organizations with shared interests and stewardship responsibilities for the area. The collaborative process creates cohesive relationships among participants and enables them to take ownership in the cooperative actions that emerge. Although government agencies are critical to the success of the process, the participation of residents of the Cienega Watershed and other concerned citizens provides an essential community voice and vision.

CWP provides collaborative frameworks like workshops which focus on issues and the health of the watershed and its resources, and on-the-ground projects in the watershed. We work closely with our partners to achieve success. 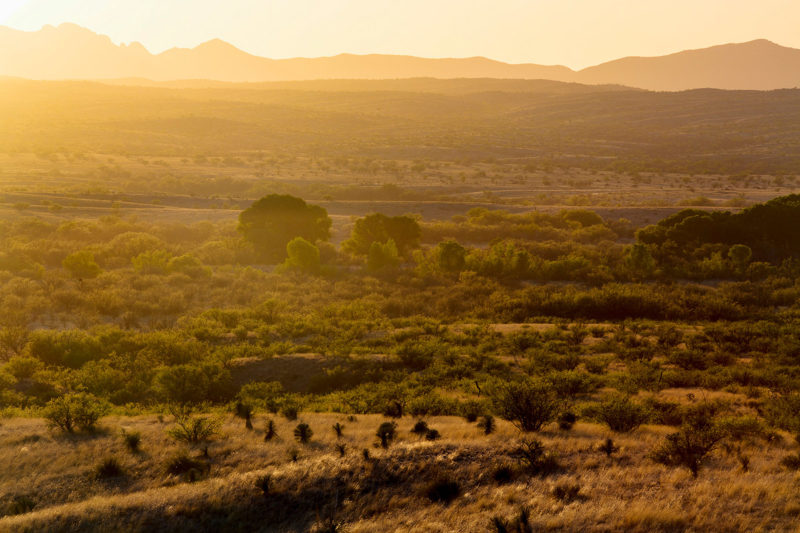 The State of the Watershed Workshop

Recognizing the threat that encroaching development and increasing public demands on resources posed to the Watershed, the CWP Board has organized workshops to bring together stakeholders and partners on an almost annual basis. The workshops provide meaningful discussions and analysis and result in concrete action plans that further their common goals.

The first of these workshops, called “State of the Knowledge Workshop for the Cienega Watershed and Sonoita Valley,” was held in September 2005. Participants were asked to complete an advance survey to identify existing data which was then used at the workshop to develop strategies to fill data gaps and to prioritize additional information needs.

The second, “Cienega Creek Watershed Conservation Workshop,” was held in December 2006 and focused on a cohesive, locally driven conservation vision for the Cienega Watershed.

Workshops have now been held in several years focused on identifying watershed stressors, climate change scenarios, a shared timeline, and assessing the health of the watershed. View more information about the State of the Watershed and access workshop notes.

Science on the Sonoita Plain

The Science on the Sonoita Plain Symposium was established by SVPP partners to bring together and share the results of scientific investigations that are occurring within and informing us about the unique and diverse resources of the Sonoita Plain in the upper watersheds of Cienega Creek, Sonoita Creek, and the Babocomari River.

These symposia grew out of the SVPP and today are managed by the CWP and its partners. A planning team is established to plan and implement the now yearly symposia. Major partners include the Appleton-Whittell Research Ranch of the National Audubon Society, The Nature Conservancy, the Tucson Bureau of Land Management, Pima County, Pima County Association of Governments, and ad hoc volunteers.

The 8th smposium focused on invasive species in the afternoon with presentations and a panel discussion on plant and animal invasives. The morning was open to a broad range of scientific presentations and project updates. Posters were on display throughout the event.

For additional information, or to get involved in the Cienega Watershed Partnership, please contact us.